E.ON contracted HM to design, fabricate and install an exhaust system from the energy centre across the site and up a 70M tower block for dispursement. The system included 2 off 500mm dia CHP lines and 3 off 550mm dia boiler flues. A minimum 40 year life expectancy for the flue and duct system was specified by the client as once in place the exhaust would not be accessible for maintenance. HM opted to use fully welded stainless grade 316 3mm wall tube with welded joints in place of flanged sections, thus reducing the chance of leaks in future. The system was modelled in our 3D inventor software package and prefabricated at our works.

After several weeks of careful logisitcal planning with Westfield/TSL and E.ON a lift plan and install slot was agreed. HM were given a 5 hour slot from midnight to erect part of the horizontal system which passed accorss  the new live bus route.  The vertical risers were braced together and stacked for shipping. The shipping frame also acted as a lifting beam and the flues were erected using the Westfield tower crane. The entire riser system consisting of 350M of flue was erected in 3 days with HM team of 12 men working 24 hours /day.

Thank you to all of the team involved in the installation of the Block K flues. The works have gone better than expected in view of the challenges put in front of us by Westfield . A great job done by all! 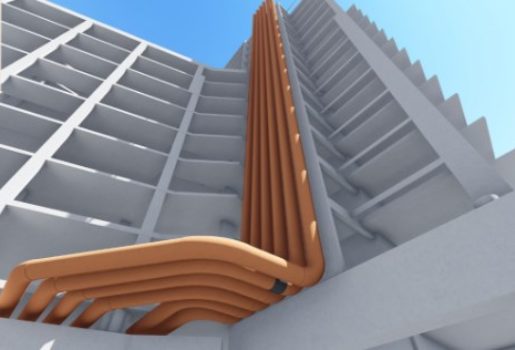 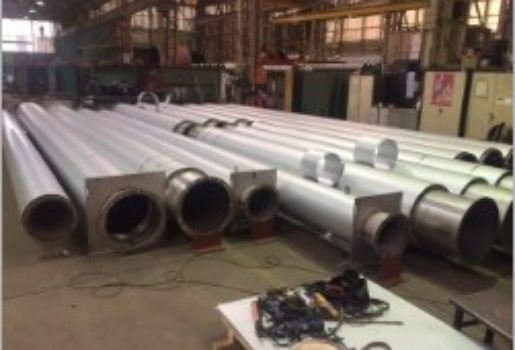 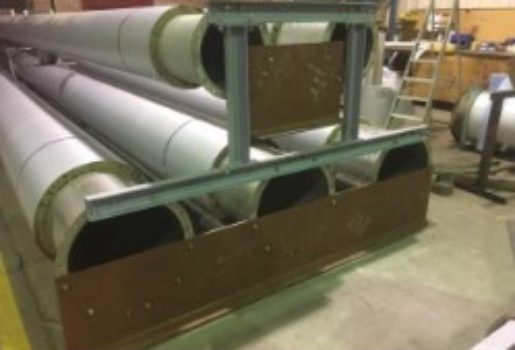 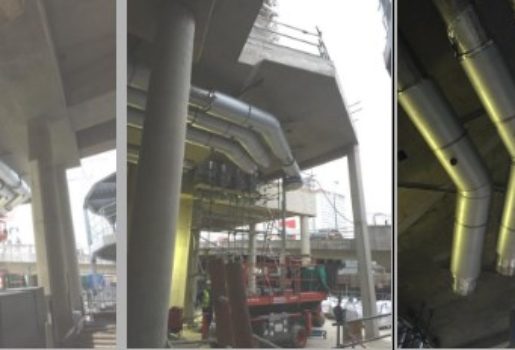 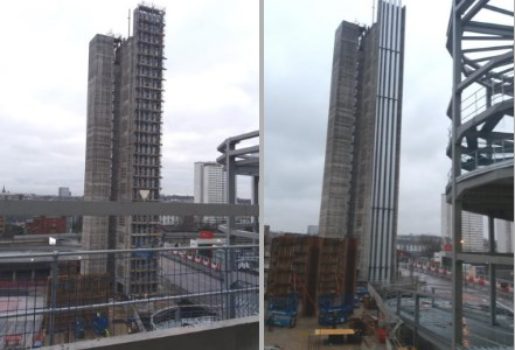